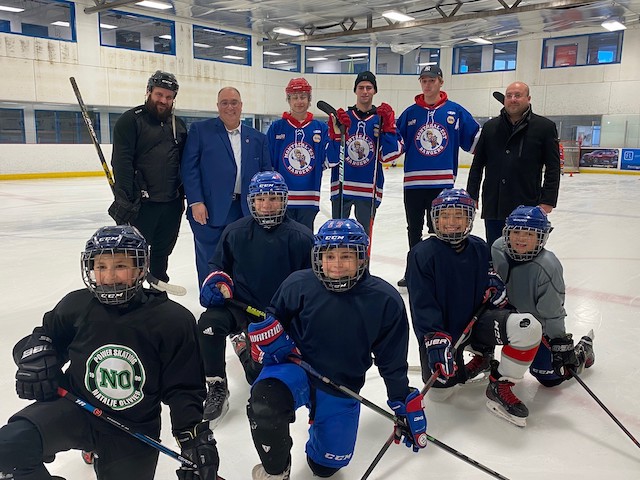 East Hill Elementary School in Rivière des Prairies has introduced a new hockey program which will take place on pedagogical days, with plans to expand it in the coming years.

On Friday, November 10 six players from the Junior AAA Montreal East Rangers joined the 17 children enrolled in the program, who are in Grades 3 to 6, at the Glaces de l’Est in RDP. 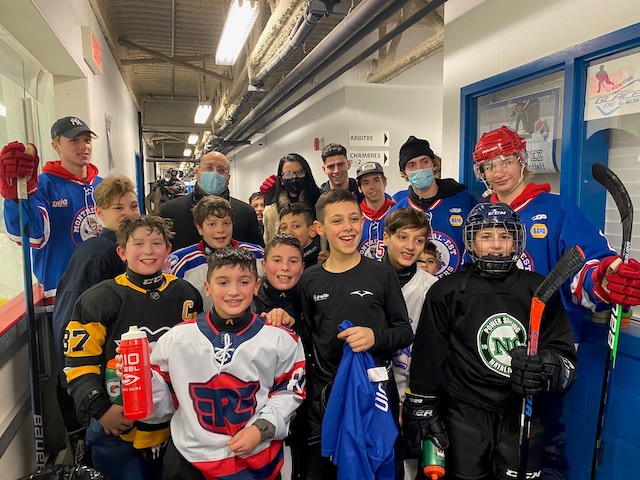 The program is run by  Nick Romano, Gianni Cantini and Tony Bocchichio from GNT Hockey. Romano is a former professional player, who has now been in  player development for eight years. Cantini is head coach of the Laval/Montreal Midget Espoir while Bocchicho  has been an elite level coach for 20 years.

“We do on and off ice training,” Romano explains.  “We will also be participating in a few jamboree tournaments with the kids. We hope to build on the program in the coming years.” 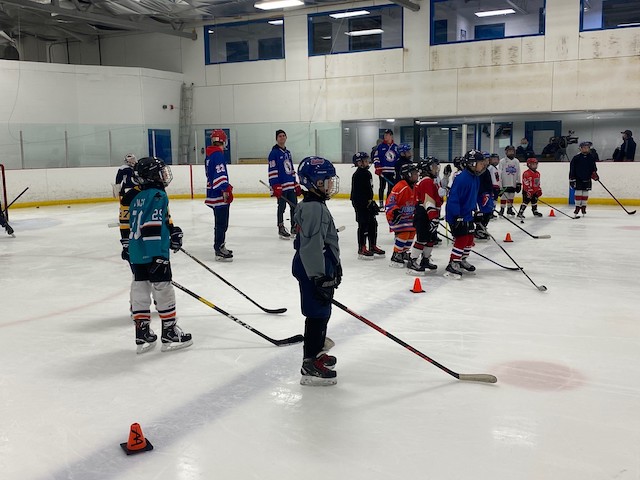 East Hill Principal Steven Rebelo said he is excited to see this hockey program get underway. He has personal experience with the Sports-Études program at Lester B. Pearson High School and a Sports Concentration program Gerald McShane Elementary School, where he also served as principal.

Jan 17, 2022
From the EMSB Directorate
Here you will find a letter from Dr. Mylène Drouin,...
Read More

Jan 14, 2022
A Message from the Director General | Return to school on January 17th
Read More

Jan 02, 2022
Important updates regarding the return to school for January 2022
Read More